iFood is one of the largest food delivery apps in Latin America. It's also one of the biggest startups in Brazil right now, with probably more than 5k employees at this point. At the time, there were three main products: the consumer app, where you would make food orders, the restaurant app, where they would manage their whole operation, ranging from incoming orders to menus updates and, lastly, the driver app, where drivers would receive food delivery orders they could freely accept or deny. iFood competed with big players, such as Uber Eats - with all its international horse-power - and Rappi, an incoming giant also coming out of LATAM.

I joined right after the Logistics team was formed. That team was responsible for creating and maturing the also newly created driver product. At that point, iFood used to partner up with several third parties for offering the actual delivery to restaurants. Even then, most restaurants would use their own delivery solution and iFood remained only as a way for them to get orders in.

It was a special moment as the team was just starting to take shape. We joked around that being in the Logistics team was like being in a startup inside of another startup. We had the benefits of not having to be knee-deep into the weeds of financial balance - given that iFood already was a considerably stable startup at that point - but also of being very scrappy, fast, and overall messy. 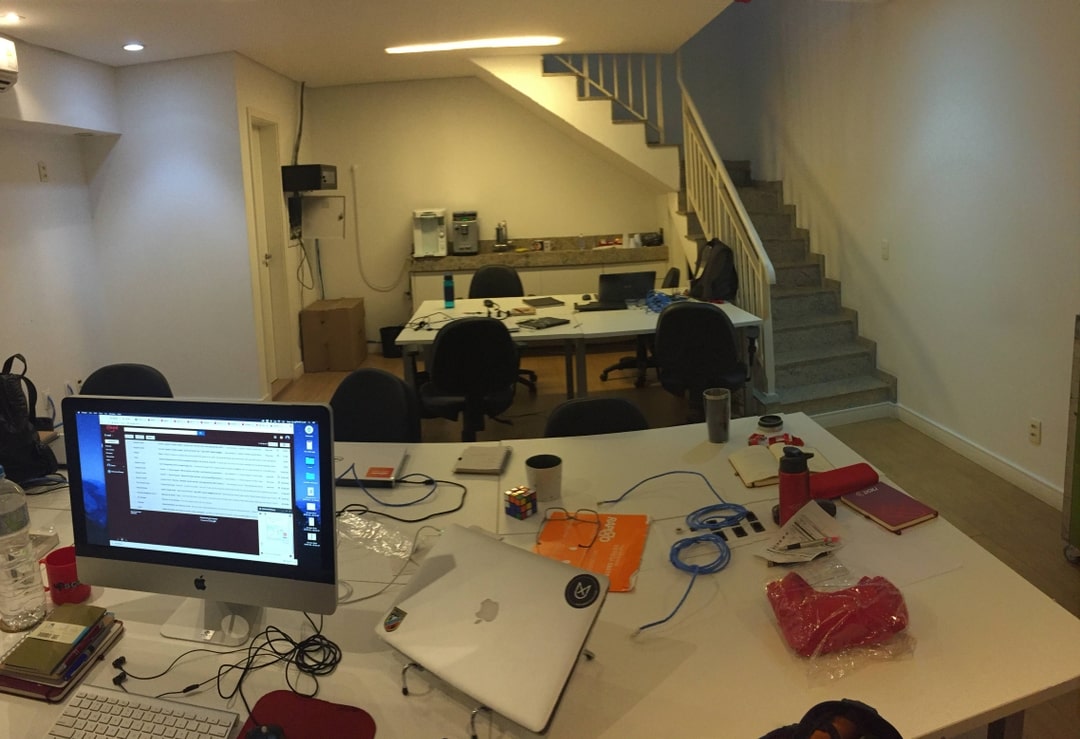 All the Logistics team stayed in this tiny house. Messy and cozy.

I joined as the team's first designer and remained as such for almost a year. During that time alone, I learned more than I could've ever hoped for - the advantages of a very cross-functional team. Before that, the chapter consisted of a small group of 3, maybe 4, engineers who were in charge of setting up all the core APIs and the general system supporting the Logistics business unit. There was definitely a lot to do and figure out.

The process of lifting the app from the ground up and prepping it up for scaling. I believe we created structures and foundations for what is now one of the most competitive driver apps out there.

Onboarding was the first thing we worked on while building the first version of the app. After we launched it, a bunch of new requirements arose and we also noticed several improvements opportunities. So, a couple of months after shipping the first mature version of the whole app, we tucked back in to redesign the onboarding.

Working on performance and optimization features was only possible after having a bunch of structural pieces in place. We began thinking about ways we could improve the experience of working with iFood as a driver. Managing money and making sure you're gaining as much as you had hoped was a primary use case for this project.

iFood for sure was a pivotal moment in my career. Being a solo designer in a moment so demanding like that absolutely put me to the test multiple times but I'm glad the team was caring enough and together we went through it all. Our team was the fundamental piece for making it all actually work—we wouldn't be so successful if one of us was missing. We learned how to work together and fortunately, after a bunch of work, supported the Logistic chapter growth, specially at that point in time where iFood had just received its biggest round of funding, which definitely made things more spicy.

I'm very happy and fulfilled to know that a lot of my work remained to be useful to future designers and PMs that worked on the product. Good friends that I made, kept telling me how what we did was still well and alive. A lot has changed since I left, which is how things roll, but I'm sure we developed a product that helped shape the overall gig-economy of that time - to a hopefully better place - and to this day stands strong as one of the more robust driver products, at least in LATAM. 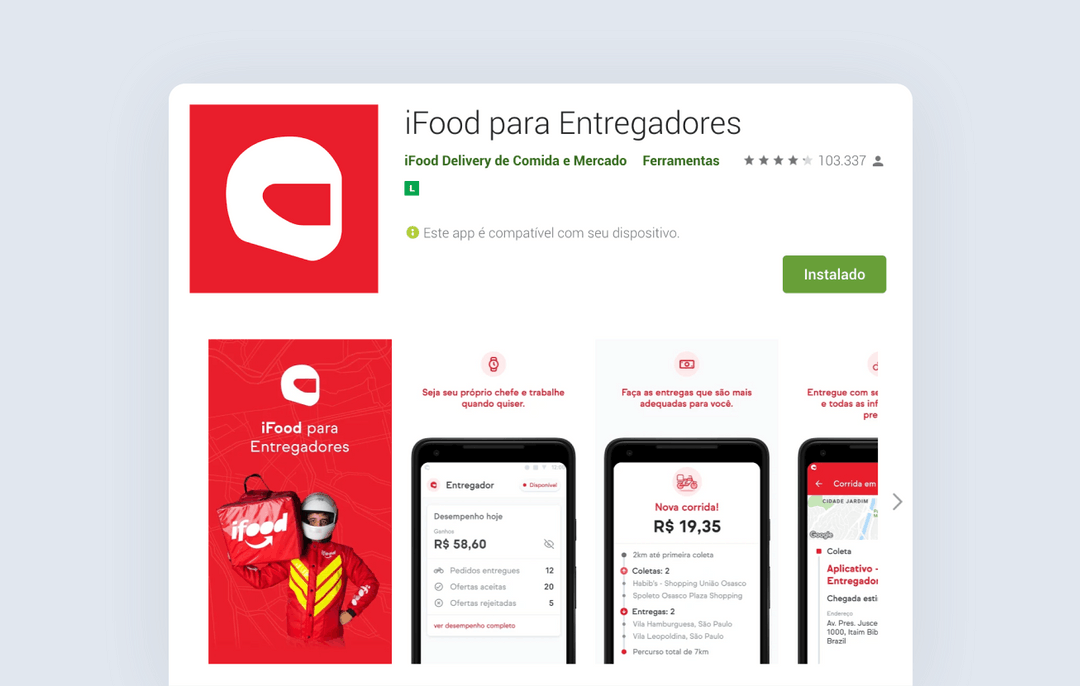 Google Play back then. The logo I designed is still there, though!

Designed the core journey of the driver product.

At Nexa, we dreamed of how technology could improve health care.