Rapiddo was initially meant to be a general logistic company but, later on, pivoted to solving the food delivery problem. As it was founded by one of iFood's founders, the company ended up being sold to iFood. Rapiddo started with a similar product to Loggi, allowing delivery on demand. When the conversation of selling to iFood started heating up, we started prioritizing all things food delivery, especially how quickly the delivery has to be. You wouldn't want your hamburger to be cold by the time you received it!

Right after I joined, the only designer in the company left. So I was just there, a little bit lost, as a solo designer in the company and also as an intern. Rapiddo was the usual startup, messy and sketchy. A lot of things didn't make that much sense, as expected. I was actually under the Marketing organization and my manager was mostly responsible for the company's CRM, so go figure! But regardless, these were some of the best people I met and for some reason, after all, things did start to make sense. I did it all there. People went to me asking for all kinds of help with design-related stuff. You know "can you make this presentation better?", "can you make this Facebook poster?", this type of stuff.

As these random graphic design requests were definitely not what I wanted to do, at some point I started to narrow down my contribution to a more product-related type of work. We had a major driver onboarding problem and I engaged in making the whole process a little bit more cohesive and easier. When we were just about refining the gears and understanding how to work the best way, Rapiddo was sold to iFood and we had to drop everything in order to transition to being now part of the iFood's team.

Rapiddo didn't have any sort of guidelines and branding materials. So one of the first things I did to aid that was designing a brand guideline handbook people could follow to make communication consistent across every possible channel. People were printing banners, flyers, and cards and each one of them had something different. I thought this could hurt the idea of what Rapiddo was, which led me to prioritize this type of work. 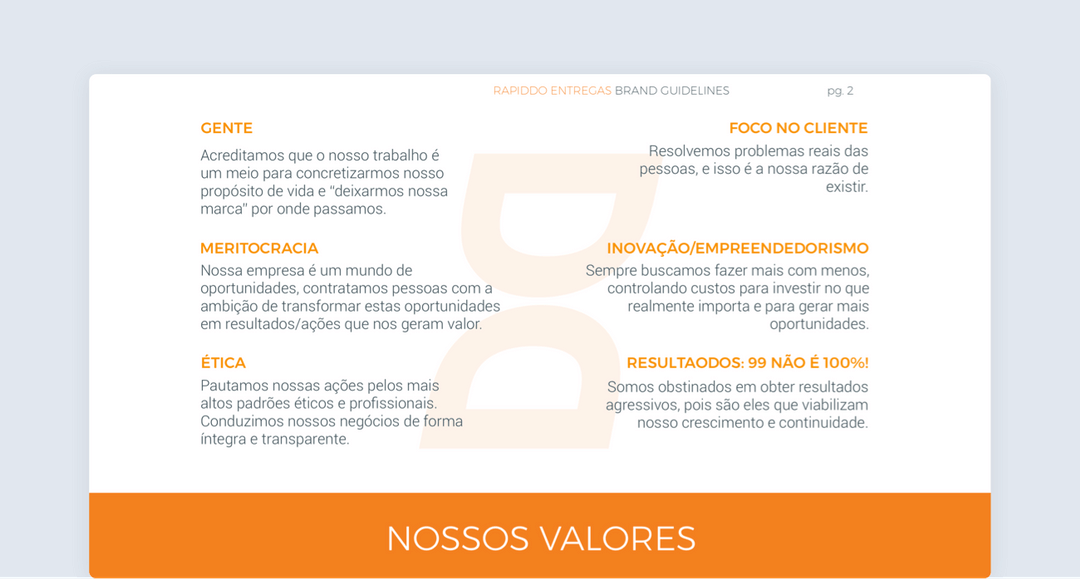 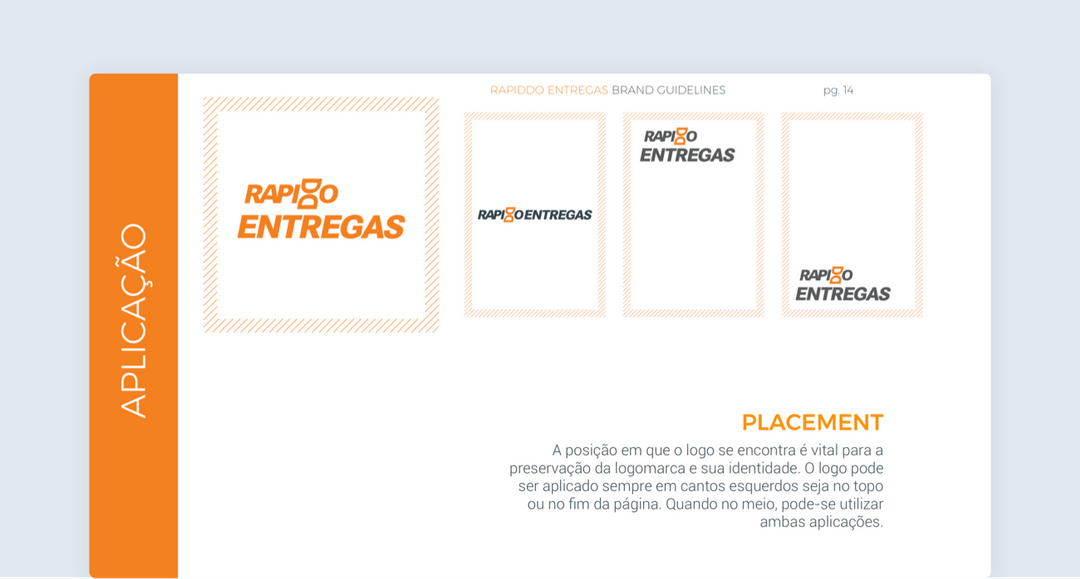 Screen-shot of the branding handbook

Rapiddo's dev team was very, very small. They didn't have too much bandwidth to do some stuff in-app. Because of that, many important parts of the product had to be made with third-party solutions or in some different, unexpected, creative way. We had a major problem with training drivers whenever they were activated on the platform. To help with that and make training way cheaper, I developed a series of motion-designed videos that we would send drivers before they actually started delivering.

One of the motion graphics made for the drivers onboarding. It was a series of 8. There's 2 available in my Vimeo account. Take a peek!

I got closer to the dev team just before we transitioned to iFood. It was also when I started playing around with some ideas for the driver app. Rapiddo very often did a set of different promotions to gather drivers' attention so we could satisfy the incoming orders. But the mechanics of actually creating these promotions were too painful. That was something I was trying to make better. 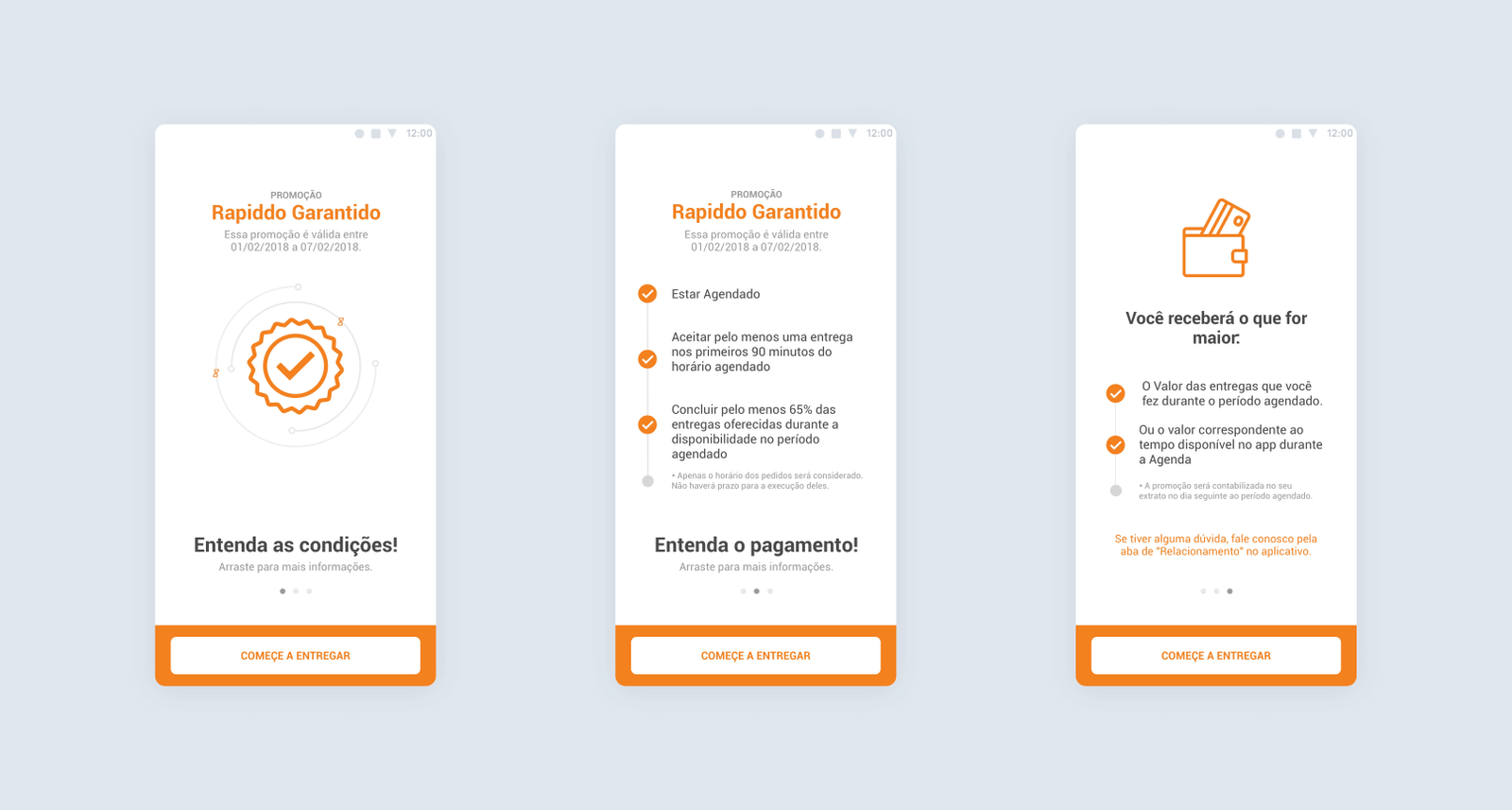 Some of the UI for automating the promotion process. Unfortunately, they never saw the light of day.

I loved my time at Rapiddo. Most things didn't make much sense, everything was kinda messy and all over the place and that was the whole charm. It was the de facto startup experience. I wouldn't have it any other way. I'm glad I managed to do a bunch of things and it was very important to me so I could see what I really liked.

Fortunately, most of the team went to iFood and we continued many of the ongoing Rapiddo projects there. I also fell in love with logistics and with the overall mission of making a driver's life easier. We didn't have much money and resources but even then, we found creative ways to move the initiatives forward and chase ambitious targets.

Designed the core journey of the driver product.

I helped and led the development of the driver app from scratch.